The Mess that is Haiti 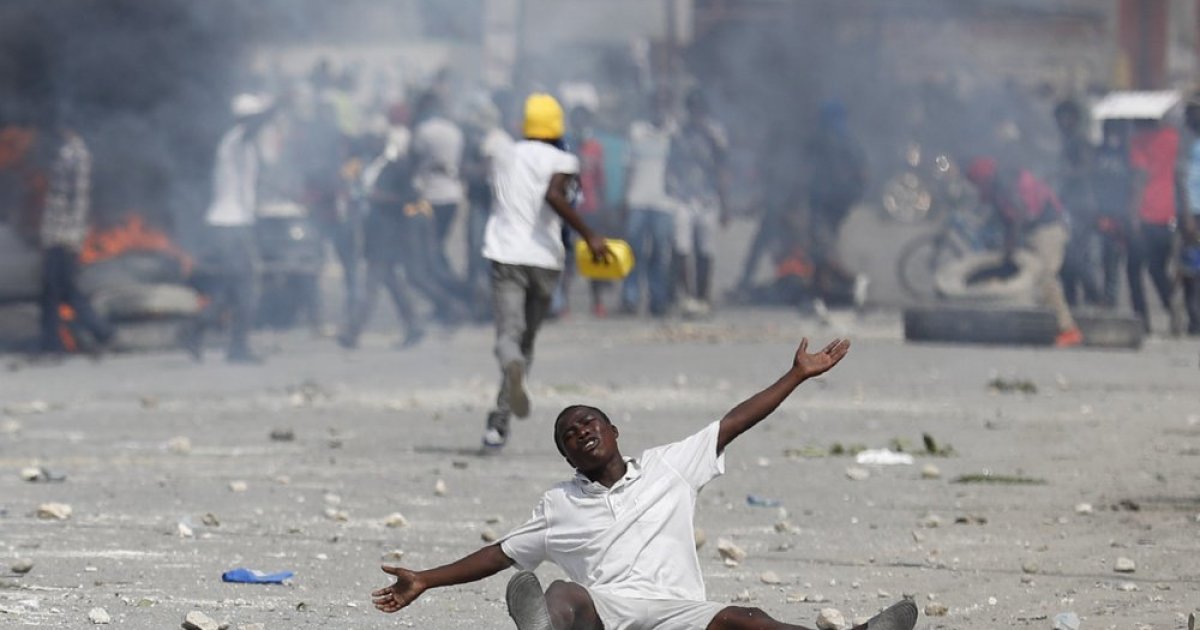 The Mess that is Haiti:  How the U.S. Can Renew its Commitment to Restore Democracy in Haiti

The United States is partly to blame for the mess in Haiti because since 1915 the U.S. has had direct involvement in Haiti’s political and social affairs, affecting every sector of the country. As the situation has gone from bad to worse, the U.S. has an excellent opportunity to right the wrongs by changing course and committing itself to a policy designed at restoring democracy in Haiti.  For this to occur the American officials must stop sending mix messages.

The Biden administration recently extended Temporary Protected Status (TPS) to more than a 100,000 Haitians living illegally in the United States on the basis that Haiti is so unstable and dangerous that sending anyone back there would be tantamount to a death sentence. The Department of Homeland Security’s assessment of Haiti is correct and on point.  Haiti’s de facto president Jovenel Moise and his criminal gangs have massacred hundreds of people and committed crimes against humanity for which he should be held accountable. The problem is, while the Department of Homeland Security is saying Haiti is dangerous, the U.S. Department of States is pushing a different narrative – that the “only way forward is to have legislative and presidential elections this year.”   This  is dangerously incongruent and does more harm than good.

The Biden administration cannot have it both ways. Either Haiti is safe and stable, and people can be sent back, and elections can be held, or it is unsafe and unstable that neither can happen. The mixed message is creating confusion and undermining any possibility of a resolution. On one side, the advisors of the de facto president of Haiti have been quietly telling me the government enjoy the support of the United States. On the other hand, leading voices in the Haitian Diaspora who are calling for clarity in American policy vis-à-vis Haiti Moreover, members of the opposition in Haiti feel the U.S.  is exacerbating the problems by failing to stick to a clear position.

If Washington’s overriding policy is to promote democracy in Haiti, respect for human rights, and the right of the Haitian people to have an elected government free of corruption, it’s a goal that will remain a mirage, if Washington’s officialdom continues on the actual path. The U.S. must send a clear message that free and fair elections can only be held when Jovenel Moise and his murderous gangs are gone.  Anything else, including current attempt by the Organization of American States (OAS) to mediate between Moise and the opposition will only make matters worse.

Two weeks ago, OAS sent out a letter to the major political parties in Haiti inviting them to a meeting to be held Tuesday June 8, 2021. That was yesterday. According to the letter a copy of which was sent to me, the ambassadors of Canada, Costa Rica, Ecuador, St. Vincent and the Grenadines, and the United States were to meet with political leaders in Haiti to resolve the standoff.

The Haitian American Diaspora Council (HADiC) published an open letter addressed to all the political organizations and members of civil society in Haiti cautioning them not to engage in any sort of mediation, negotiation, or meeting with the OAS.  According to HADi, neither the OAS nor the CORE Group of Western ambassadors in Port-au-Prince can be considered credible mediators in Haiti.

Historically, the OAS has been a force for destruction, confusion and serves only the interest of its masters. The OAS has never acted or considered the interests of the Haitian people. In 2011, the OAS arbitrarily changed the results of the elections in favor of Michel Joseph Martelly.  In 2015, the OAS again supported the results of a fraudulent elections which brough Jovenel Moïse to power.  During his time in office, Moïse refused to hold timely legislative elections leading to his governing by decree, effectively creating a dictatorship.  The OAS supported him and refused to denounce him.

When Moïse constitutional term of office ended on February 7, 2021, the OAS joined forces with Moïse’s supporters claiming that his term will not expire until February 7, 2022. Meanwhile, Haiti has turned into a country run by criminal gangs supported, encouraged, and protected by Jovenel Moïse. Hundreds of people from the poor neighborhoods of la Saline, Bel Air, Pont-Rouge, Cite Soleil, Carrefour Feuilles, and a few o, in thers had been massacred by Moïse’s criminal gangs. Since June 1st, warring gangs have forced families in Port-au-Prince’s southern suburbs of Fontamara and Martissant. Saturday evening, gangs simultaneously attacked four police posts in and adjacent to Cité Soleil, killing three policemen, including a Police inspector. The president said nothing about all this mayhem. Neither did the ambassadors of the CORE Group, including that of  the United States.

In 2020, U.S. Representative Maxine Waters (D. Cal) sent a letter to the US Ambassador reminding her of her duties as a representative of the United States.  In that letter she cited the many instanced of gross violations of human rights, including extra- judicial killings by gangs sponsored by Jovenel Moïse. OAS said nothing.

In July of last year, Haitian Justice and Public Safety Minister Lucemane Delile decided to prosecute gang members who had taken over the streets in Port-au-Prince, brandishing assault weapons, some shooting in the air, and intimidating people. The very next day he was fired by Jovenel Moïse and replaced by Rockefeller Vincent, under whose watch, the criminal gangs have flourished. OAS said nothing.

As Jovenel Moïse moves closer to a full dictatorship, the OAS is cajoling him. History tends to repeat itself, and unless we get rid of the budding dictator, we are moving to full fledge dictatorship in Haiti. François Duvalier was elected president of Haiti September 22, 1957. He was sworn in on October 22 for a six-year term. In 1961, three years into his term he decided to run a referendum to change the constitution giving himself another six years. The referendum was approved, 99.99%.  A few years later, on April 22, 1964, Duvalier held another referendum because he was not quite happy with the 1961 referendum. This time, the new constitution, approved by referendum, endowed Duvalier with the life-presidency. Moise is on the same path, and unless we stop him now, we will have another dictatorship in Haiti in this 21sth century.

A referendum is the favorite electoral process of many would be dictators. Xi of China, Vladimir Putin of Russia and a few other dictators have all used the referendum process to give themselves unchecked power. By the way, these referendums never fail to pass –overwhelmingly. The people subject to them seem to always agree with the plan.  The drafters of the 1987 Haitian constitution were well advised to categorically prevent any change or modification of the constitution by referendum.  Article 284-3 made it crystal clear that there shall be no modification of the constitution by referendum.  Moise –and those of his ilk—argue that they are not seeking to “modify” the constitution but are simply “changing” it.  If you are not allowed to “modify” a “change” is much more than a modification, therefore categorically forbidden.

The problem in Haiti could be solved in record time if the United States would do the following: 1) the United States must  make it clear that the referendum on the constitution is unconstitutional, illegal, and undemocratic;  2) that Jovenel Moise cannot hold free, fair, and credible elections because of the serious security concerns, social unrest and human rights abuses; 3) A transition government must replace Jovenel with a specific mandate to restore security, and hold elections, but more importantly, 4) The Biden administration must articulate a clear Haiti policy designed to restoring democracy. 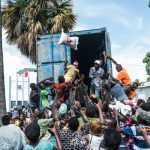