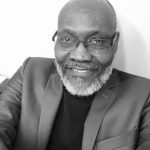 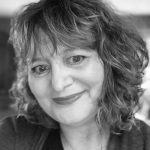 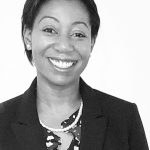 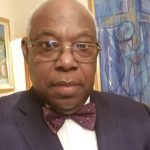 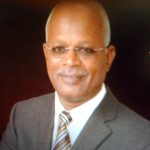 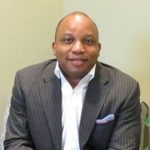 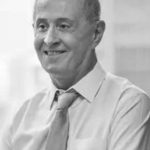 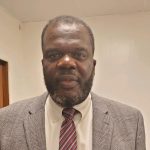 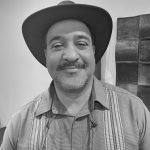 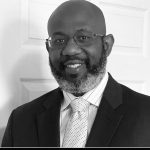 Valerio Saint-Louis is a veteran journalist whose careers expanded from Radio to Television. As a young inspiring journalist growing up in Haiti, he began his career as a radio talk show host working with some of the top radio stations such as Radio Metropole, Radio Nationale and Radio L’arc en ciel.  His passion for journalism transferred to Television where he served as an TV anchor for Television Nationale D’Haiti.   In 1987, he moved to the United States to further his education in journalism.

Valerio received some of the best training in the field of the television production while at UPN 9 news and CNBC. He was also awarded a full scholarship from WNWK radio station in New York. In 1989, Valerio created his first television show called “Camera san Frontieres”. The success from his show led to many career opportunities to work with well-known and respected radio shows within the Haitian community in New York such as Radio Echo de la Metropole, Radio Soleil, and Tropical Radio.

Télé-Image TV Show is broadcast online and via Cable on Verizon Fios, Optimum Cable , Time Warner Cable, RNN Cable channels covering the New York, New Jersey, and Connecticut Tri-State area with a reach of over 4.9 million cable subscribers, Télé-Image TV Show is one of the most watched Haitian Television show on cable and on the internet.

Valerio is best known in his community as an eloquent speaker, a Master of Ceremony, a talented and professional journalist. He remains as one of the most influential “diasporas” of our times due to his tireless efforts to report on news effecting the Haitian community in the United States and in Haiti.

Valerio is a leading journalist and outstanding member of the Haitian community in New York. He received his undergraduate degree in Journalism from Rutgers University in New Jersey. Valerio currently resides in New York with his wife Barbara Saint-Louis and three children.

Renee Ballantyne received her Bachelors of Science in Nursing at Seattle University and her Master’s in Health Policy and Administration from Washington State University.

Throughout her career Mrs. Ballantyne has worked many healthcare sectors and is the CEO of MedIndGroup-a clinical and operations company which manages healthcare practices in the US and abroad.

Mrs. Ballantyne has served as a Board Member for many Non Profit organizations in the education and healthcare arenas and has been actively involved in PAC’s throughout her professional career.

Ms. Jadotte is a Division Manager for Fixed Assets Accounting for the Port Authority of New York and New Jersey.  She is a graduate of National Preparedness Leadership Initiative, a joint program of the Harvard TH Chan School of Public Health and the Harvard Kennedy School of Government, Center for Public Leadership.   She holds a Master of Public Administration from Metropolitan College and a Bachelor of Science in Economic from Brooklyn College, City University of New York.

Ms. Jadotte served as Sr. Manager of the Business Continuity Program, as well as Ambassador and Manager for the Mass Notification and Regional Resilience Programs.  In this position, she implemented safety and security programs aligned with the 9/11 Commission Report.   In her role as a Government Representative at the Department of Homeland Security, she served the State of New Jersey to lead, coordinate counterterrorism, cybersecurity and preparedness efforts while building resiliency among the Private Sector.   Ms. Jadotte’s skills, leadership and experience will be of great benefit to HDPAC.

Jean D. Vernet, II is a long-time community activist and organizer who played a very visible and crucial role in mobilizing the Haitian American community in participating in the historic march of April 20, 1990 against the unscientific designation of Haitians as particularly susceptible to the HIV virus.  Subsequently, Jean worked on issues of voter participation, civic education and was successful enough to be solicited to run for the city council of New York in 2001.

His unsuccessful campaign was a high-water mark in the political participation of Haitian Americans in New York City.

He has a B.A. in Comparative Literature with a focus on the evolution of cultural Identity in both the diaspora and African literatures and a Master’s of Science in Community Economic Development from the Southern New Hampshire University.

Jean has an abiding interest in economic empowerment as key to community resiliency.  He has worked in that field in New York City and Haiti, providing training in business skills, money management and assets acquisition to marginalized communities.

He has also worked as a consultant to the Central Bank of Haiti, the Office of the President of Haiti and the Deputy Speaker Assembly of the State of New York.

Jean’s commitment to community empowerment has recently been focused exclusively on financial education which is a natural outgrow of his education.  He is currently responsible for a Financial Literacy program in Brooklyn, New Yorkwhile continuing to work as a consultant in the private sector.

David L. Alexis immigrated to the United States from Haiti in 1979 at the age of 20 to begin a new chapter in his life. He began working in the construction field, while going to college at night to become a Planning and Zoning Engineer. Within a short period of time, his commitment to hard work led to him to his first Real Estate License in the State of Florida in 1981.  In the 1990’s and for over 20 years, David became a top investigator working and partnering with lawyers and the court to deal with juvenile delinquents in Palm Beach County, Florida.  He has received various awards from judges for his participation in helping to solve crimes in the community. Since 1992, David founded D’Alexis Realty Corporation with the mission of providing high quality services and empowerment through homeownership in the Haitian community in the early years. The mission later grew to include providing sustainable advice and opportunities for underrepresented minorities throughout the State of Florida.

Before forming Charles Winnsboro, Jude served in senior leadership roles with a higher education management company. He joined the company as its first General Counsel and led the transactional and regulatory aspects of over $300 million in follow-on investments in the company by private equity firms. He also took up operating roles with the company’s schools, serving as the Interim Dean of one school and as the President of another. He returned to the General Counsel role in 2017, where he worked to convert the company’s schools to non-profit institutions and restructure the company.

Prior to going in-house, Jude practiced corporate law with law firms in New York and Washington DC. He began his legal career with Sullivan & Cromwell after graduating from Georgetown University with a combined Juris Doctor/Master of Business Administration. In addition to his degrees from Georgetown, Jude has a LL.B. from the University of Nigeria and a B.L. from the Nigerian Law School. He also has a certificate in Blockchain Strategy from Oxford University.

Jude is passionate about workforce development and lifelong learning. His particular interest is in exploring how blockchain and other emerging technologies such as AI can democratize access to quality education and healthcare. He is a frequent commentator on the impact of blockchain and cryptocurrency developments on sub-Saharan Africa.

Outside of his professional endeavors, Jude volunteers with a number of organizations. He serves as the vice-chairman of the Board and General Counsel of AIDE Africa, an organization dedicated to the development of the African continent through investments in healthcare, agriculture, and renewable energy. He is the Chairman of the Board of AFGCEAA Corp., a U.S. public charity formed for the benefit of current students and alumni of Federal Government College Enugu (his alma mater). He is also a Trustee of the Great Alpha Foundation, a private foundation that provides financial and other assistance to the less privileged.

Gamael Nassar, pronounced “Ga-Mile” or “Mr G” was born and raised in Miami, Florida. In 2017, he and his wife moved to Oregon to care for her aging parents.

Mr. Nassar has an MBA in Project Management & Organizational Leadership and is a result-oriented leader, manager, educator, with extensive experience in training, education, community organizing, and strategic planning.

Since 2018, Mr. Nassar and his wife own and operate Insurance Offices in Lebanon and Albany but serve the entire State of Oregon. He is the holder of insurance licenses in 10 other states. Mr. Nassar spent many years working with various cultures and multiple organizations. This experience has given him a unique understanding of diverse cultures and communities and has provided him with a perceptive ability to listen and learn.

He is a Lebanon City Council Member who listens to the community and who wants to provide what’s best for his constituents, and for the overall wellbeing of the Lebanon economy and its residents. Locally, he serves as a Lebanon Chamber of Commerce Ambassador, a Board Member for the Lebanon Downtown Association, Board President of the Enliven Foundation, a Board Member of the Strawberry Festival Association,

In addition to local Lebanon organizations, he also serves as a Board Member of the United Way of Linn, Benton & Lincoln Counties, a member of the NAACP, a Facilitator for the Albany Chamber of Commerce, a Board Member of Christmas Storybook Land, and a member of the National Haitian Americans Elected Officials Network (NHAEON).  Every year Mr. Nassar participates in the Albany Veterans Day Parade in honor of all the veterans.

Emmanuel Roy is a graduate of Hunter College in NY and Florida Costal School of Law. Mr. Roy spent his early career at the World Bank doing feasibility analysis for multibillion dollar projects. He also worked as a Prosecutor in the Brooklyn DA’s office and in private practice focusing in criminal defense, civil rights and business law.

Additionally, Mr. Roy is a published author and journalist and his works have been noted in the Miami-Herald, New York Times and Wall Street Journal and more. His opinions are frequently expressed on radio and television and on TrueNewsBlog.com.