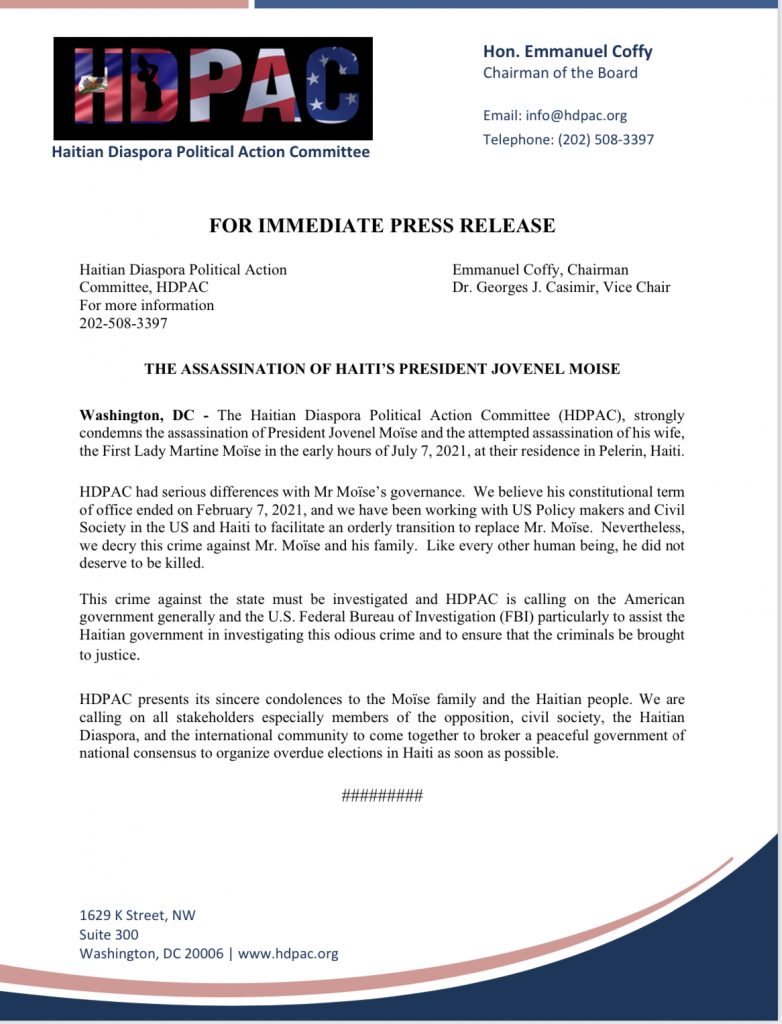 “The violence, extreme poverty and political instability that has plagued Haiti over the last several years has resulted in grave trauma to the Haitian people and across the Haitian diaspora,” the lawmakers wrote in their letter. “It is incumbent upon the United States and the entire global community to come together in support of the people of Haiti as well as the more than one million Haitians and Americans of Haitian descent that call the United States home.”

The COVID-19 pandemic has overwhelmed the nation’s already limited public health infrastructure. Gang violence and bloodshed and ongoing kidnapping of civilians have displaced thousands from their homes. A report conducted by the United Nations Office for the Coordination of Humanitarian Affairs found that the unprecedented violence and displacements has led to an array of secondary challenges, such as family separation, forced school closures and increased financial insecurity.

In their letter, Reps. Pressley, Clarke, Levin and Demings commended the Biden Administration for redesignating Haiti for Temporary Protected Status (TPS), and urged swift publication in the Federal Register so that eligible individuals may begin the process of applying for these critical protections. The lawmakers also called on DHS to reinstate the lapsed Haitian Family Reunification Parole (HFRP) program, which would allow for certain eligible U.S. citizens and lawful permanent residents to apply for parole for their family members in Haiti who cannot be reunited because of a years-long backlog in visa processing.

“These necessary actions are rooted in the calls of the Haitian community that we are proud to represent across our Congressional Districts,” the lawmakers continued. “As an ally to Haiti and the Haitian people, the United States must immediately advance domestic policy that protects the Haitian diaspora and supports the stabilization of Haitian democracy.”

In May, on Haitian Flag Day, Reps. Pressley, Levin, Clarke and Demings announced the formation of the House Haiti Caucus, a Congressional caucus dedicated to pursuing a just foreign policy that puts the needs and aspirations of the Haitian people first.

Last week, the lawmakers issued a statement condemning the assassination of President Moïse and calling for swift and decisive action to bring political stability and peace to Haiti and the Haitian people.