HAITI’ S POLITICAL CRISIS AND HOW WE CAN SOLVE IT 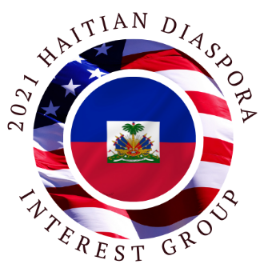 THE HAITI UNITY SUMMIT:  FRAMEWORK FOR A FINAL RESOLUTION OF THE HAITIAN CRISIS

Haiti has long been experiencing a multifaceted and multidimensional crisis. Several proposals have been made over the past four years as a solution to this problem, but none have been successful for a variety of reasons.

1. Express their full support for the process of signing a political agreement,

a.) The Agreement of July 9, 2021, known as the “National Agreement Protocol” (PEN), signed range of political parties including PHTK, DIRPOD, Fusion, AAA, RDNP, En Avant, INITE, FND, Vérité, Veye yo. Etc.
b) The August 30, 2021, Accord (Montana Accord) supported by civil society, some political parties and poles and several diasporas’ organizations.
c) The September 11, 2021, Accord still says, “Prime Minister’s Accord” or “Ariel Henry Accord”, supported by political parties of various stripes, including some that had signed the National Memorandum of Understanding.
d) The Agreement signed on the Champs de Mars in early October 2021 by a group of young people, initiators of a movement called “Popular Youth and Diaspora Initiative”. According to its promoters, this agreement known as: “Akò Lari a” is meant to be the real agreement which considers the demands of the underprivileged masses, the inhabitants of the ghettos, the motorcycle taxi drivers, drivers of public transport vehicles, police officers, students, car washers, members of the diaspora for a solution to all the country’s problems.

THE WAY OUT OF THIS MORASS -HDPAC TO THE RESCUE:  The advantage of the current situation is the regrouping of each block of protagonists around one agreement. The downside is that each of these blocks is keen on the total triumph of their positions. But even if an agreement has won the support of most of the population, the process of its implementation will come up against a deadlock since there are leaders in place, de facto or no, who control political power as well as public strength and financial resources.

The government of the day, even when it is unable to govern, ensure the safety of lives and property of citizens and deliver basic services to the people, will always continue to cling to power. To unblock the situation, it is therefore necessary to reach an agreement that reassures the parties and offers a participation in the new government which must be a government of rupture responsible for putting in place the safeguards so that the next elected government is unable to deviate from the rules of good governance and respect for the rule of law.

The solution can be found nowhere else than in negotiations, within the framework of an international conference on Haiti. The Haitian Diaspora Political Action Committee (HDPAC) AND Initiative Group of Protestants of Haiti and the Diaspora for the Resolution of the Crisis (GIPHADREC), two organizations pursuing the same goal have decided to pool their resources to succeed in the challenge of bringing all the protagonists around the table to find a definitive solution to this crisis.

The list of parties to be invited should be carefully considered. This is one of the fundamental elements of the success of the Conference. The list will be made in agreement with GIPHADRAC and HDPAC. Foreign countries and international organizations that will be invited as observers.

The Summit is scheduled for January 13-19, 2022, at Southern University Law Center, Nelson Mandela Center for Public Policy.  We must have a new government in place by early next year to tackle insecurity in Haiti and to address other pressing humanitarian issues.

HAITIAN DIASPORA IS PROVIDING A PLATFORM FOR THE RESOLUTION OF THE POLITICAL CRISIS IN HAITI – JOIN US IN BATON ROUGE, LOUSIANA

LIST OF INVITED GUESTS AND PARTICIPANTS IN THE HAITI UNITY SUMMIT

THE FOLLOWING POLITICAL GROUPS ARE INVITED TO THE SUMMIT

SUMMIT SPONSORED BY THE FOLLOWING ORGANIZATIONS